Last night’s game was a marathon for no reason whatsoever. On several levels, it hurt my brain. And then the whole Michael Jackson thing added to the confusion. It’s so weird to see multiple generations have such vastly different memories of a performer.

So, all I can really muster this morning is a few random thoughts:

“In all seriousness, though, this news is embarrassing for everyone
involved, most notably Soto. The Cubs’ catcher is hitting just .228 on
the year and looks like a shell of the player that was the NL Rookie of
the Year last season. He doesn’t look nearly as powerful, or as fit, as
he did when he clubbed 23 homers and 86 RBIs in 2008. In short, he’s
been a disappointment, and now with this news being public plenty of
fans will wonder if all the adulation got to his head.”

Everybody who thinks this was the first time Soto ever smoked pot, raise your hands. No one? Good. Because my feeling is that it wasn’t. Now, everybody who thinks all this hand wringing over pot use is ridiculous in light of what was happening with drugs in the 70s, 80s and 90s? Aren’t we all pretty sure that the entire Mets roster was high as a kite throughout that time. Sure the adulation may have gone to his head, and maybe he thought he didn’t have to work so hard anymore, but I would question blaming that all on the pot because you’re assuming he wasn’t doing it the whole time he was coming up through the ranks. 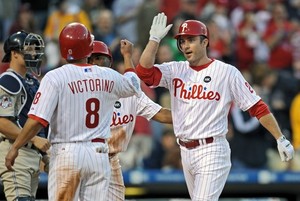